Essential elements of a micropub

Remember all the headlines a few years ago warning us about the scourges of ’24-hour drinking’ in Britain? One thing about the liberalised licencing laws which escaped most people’s attention was how much easier it had become to open a pub.

Previously a matter for the courts (where established pub companies with their legal teams could stall a new licensee with costly court battles), alcohol licensing became a matter for the council. Fill out a form, pay the fee, answer questions from interested parties, be willing to accept conditions requested by them and you too could open a pub within a few weeks.

Opening a new business is risky, especially in an age of austerity, but Martyn Hillier knew that a no-frills approach would be best for his new pub in Herne, Kent. Soon a tiny shop which was once a florist had become Britain’s first micropub, The Butcher’s Arms. There’s no bar, no dart board, no telly, no mass-produced lager, no piped-in music, no hot meals…in a space the size of most people’s living room there’s no room for anything really, other than beer served straight from the barrel.  Yet nothing is missing: all a great pub needs is good beer and good conversation. 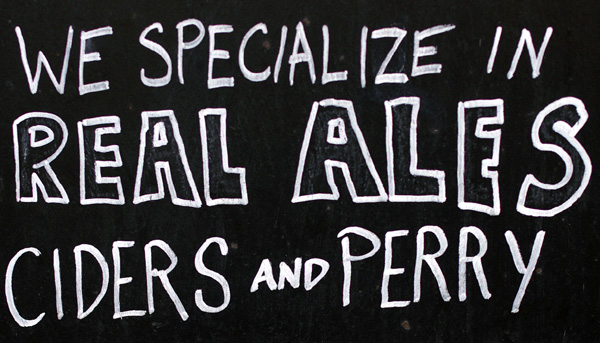 A note about wine and spirits. There is a debate among micropub owners as to whether wine and spirits should be served. Some insist that the focus should always be on beer and cider, or point out that spirits are too strong.

Personally, we side with those who argue that as long as spirits are made by an independent manufacturer, then the micropub is the perfect environment for showcasing British specialties like single malt whiskies and small batch gin. Sheltered spots in Wales and England also make surprisingly good wine, in particular refreshing whites and sparkling wines. It’s also a good way to attract female customers, whose favourite tipples are wine and spirits.

Next time, what you should never see in a micropub.

This entry was posted in Business ideas/analysis. Bookmark the permalink.

2 Responses to Essential elements of a micropub